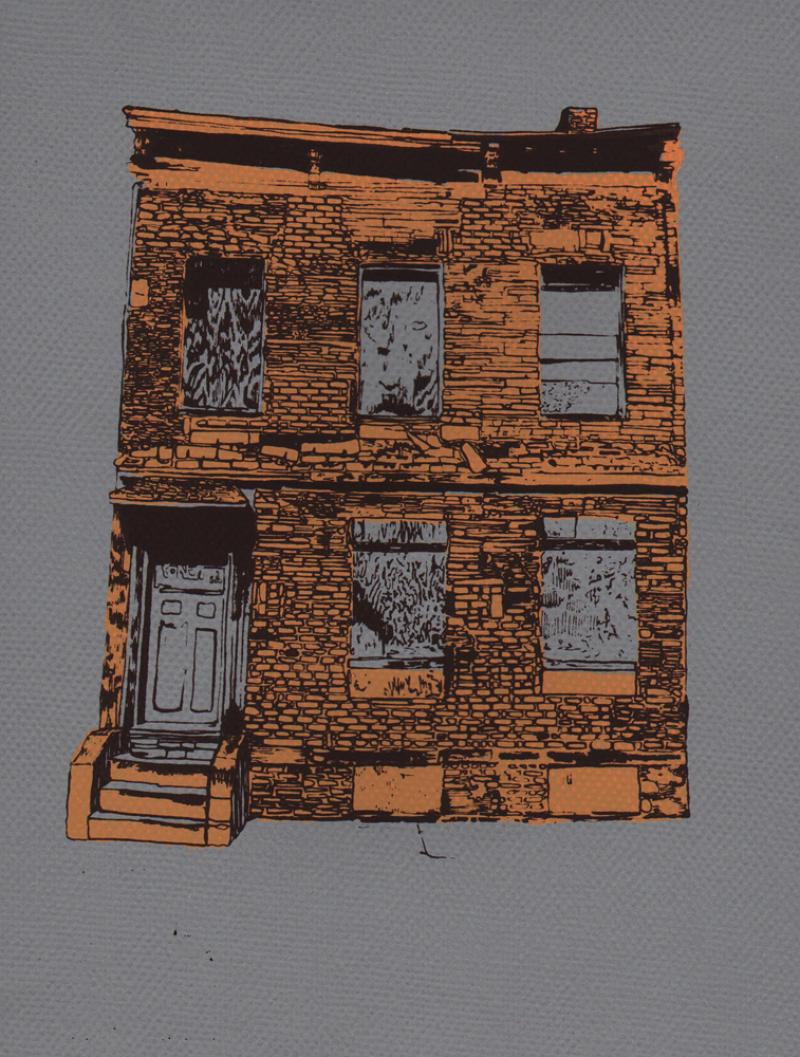 hell yes i am in debt, and how! all together, my undergrad debt is hovering at around $80,000 (stafford loan $4k, perkins loan $18k, private parent plus loans $58k) including interest. the principal started at somewhere around $42,000. the various entities that hold the different portions of my total undergrad debt have all been relentless in reminding me that i am a dead beat, and owe them money. i'm currently for the most part unemployed, so have been on deferments and what have you, but it doesn't stop them from being total nags about it.i have a hospital bill from 2010 from when i was uninsured, that is somewhere around $2,000. i have no idea what happened to that bill, and have never been contacted about it.then i also owe $127 to baltimore gas an electric, for a month of electricity in 2008 that was used by my former roommates after i moved out and no one bothered to put their name on the bill. bge kept my name on the account even after i called in to remove it, so i disputed it and nothing has become of that either. am waiting for these last two to rear their heads again maybe in ten years or something and turn into something totally absurd. or not.no credit card debt. i don't touch that shit, as i have a pretty full plate as it is. 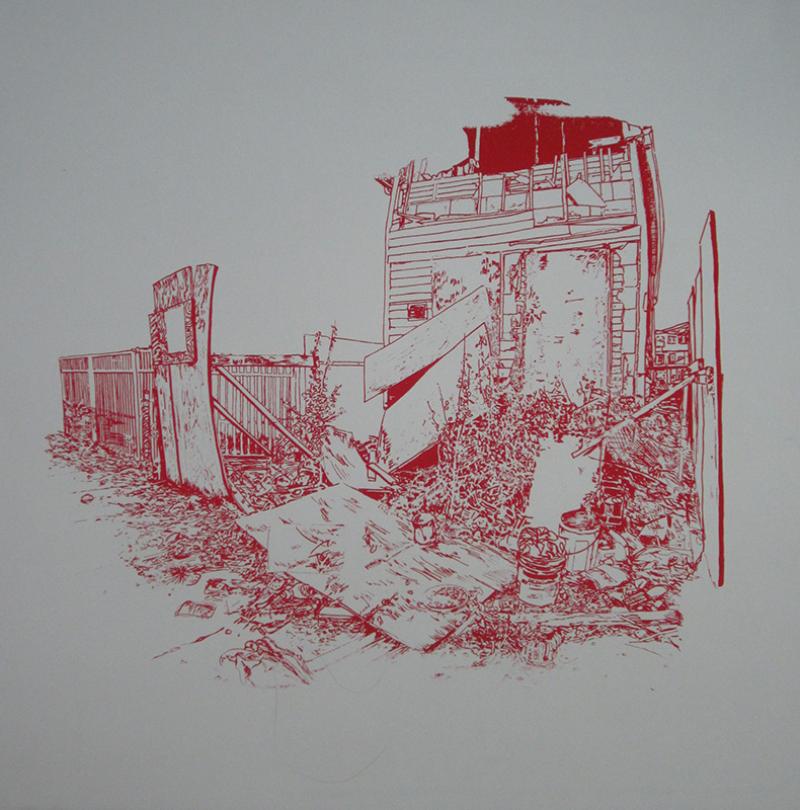 currently; am receiving unemployment benefits and function more or less like a hustler. i have a habit of picking up random freelance work that i take up (and declare when i claim benefits in case anyone is checking!). i work as a substitute teacher in the nyc dept. of education most frequently. then on occasion do color separations on photoshop for a local t-shirt press. i also get some art-handling in at miscellaneous art spaces around the city/tri-state area. then once in a blue moon someone will buy a print (i mainly create screenprints for my studio practice) either from my etsy shop or from a show im in. in light of all of this; its worth mentioning that i currently live with my parents in the deep deep south of brooklyn (bergen beach). as unpleasant as the stigma of living with ones folks would lead one to believe, it certainly helps sustain my finances and pay down some of my debt. 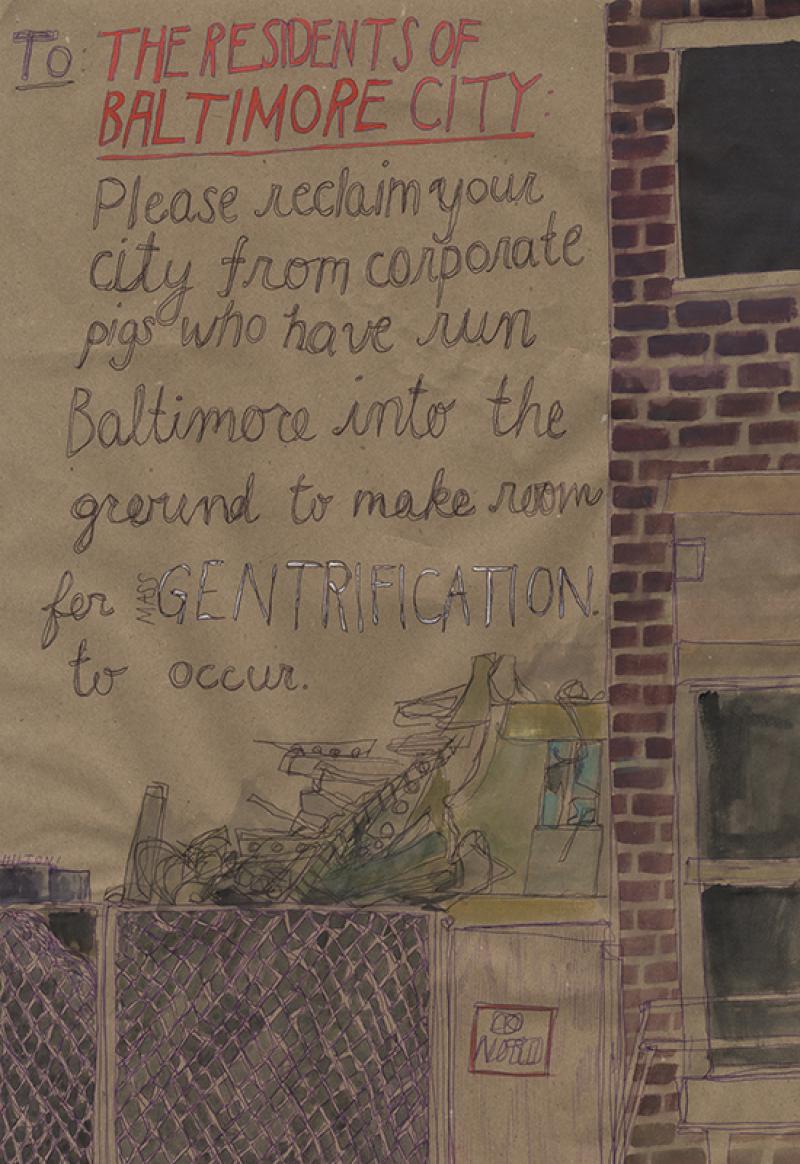 well; the way i have budgeted myself certainly affects what materials i can afford and what i choose to address with my work. i typically just work on drawings with higgins black magic ink, usually on acetate. over the years i've accumulated a bunch of equipment for screenprinting, and recently built an exposure unit/press in a friend's basement in sunset park.in terms of content; going as far back as my undergraduate thesis; i have always focused my attention on more political themes. more specifically i took an interest in depicting isolated vacant/abandoned/corroded residential structures and drawing a connection to homelessness. i graduated in 2008 which happened to be around the same time that the real estate bubble boiled over; leaving everyone in the states in a total panic. i was still in baltimore at the time, usually just biking around and stumbling onto the rows of foreclosed homes, which i saw as these majestic ruins of capitalism. they completely dominated the landscape, and it struck me in a variety of ways. when my jobless situation overruled my $220 rent, i moved back home to brooklyn and found that if you're paying attention, the visual narrative was not all that dissimilar to that of baltimore. i find that new york is so visually overwhelming and just generally overstimulating, that its easy to lose sight of all of the injustice that this city presides over. so, my goal is to create a visual record of all of the blighted buildings that will inevitably become unaffordable condos or commercial spaces used to expedite the cycle of gentrification 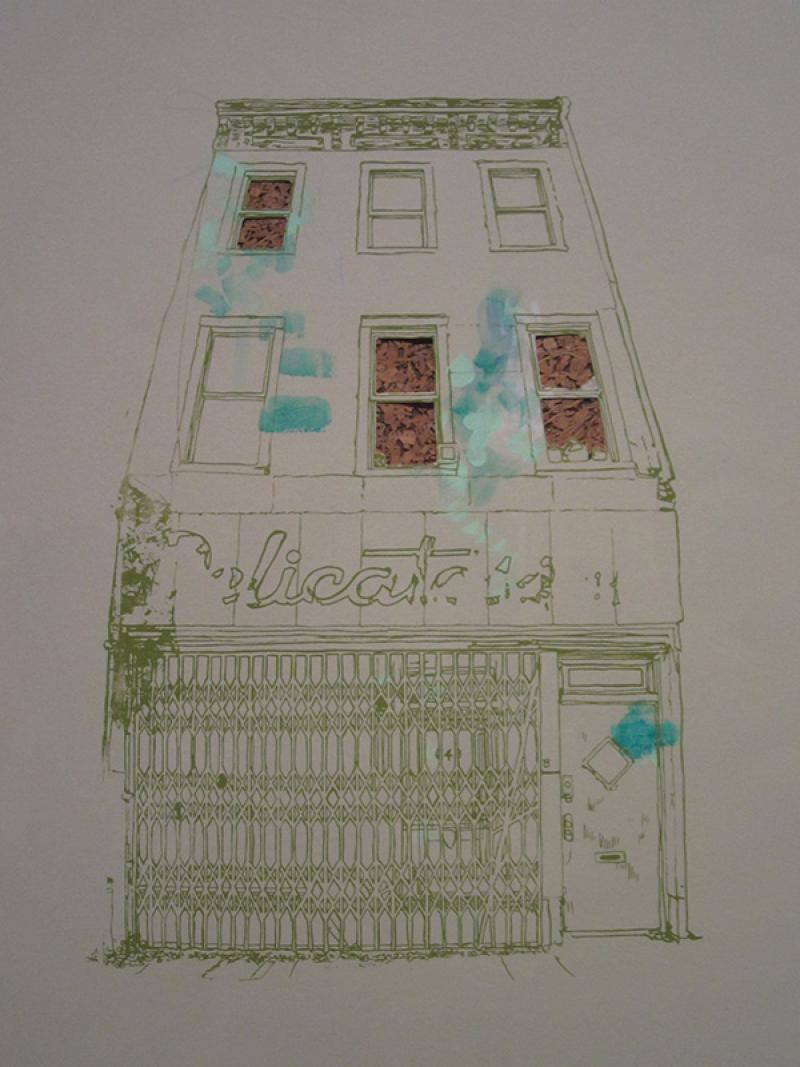 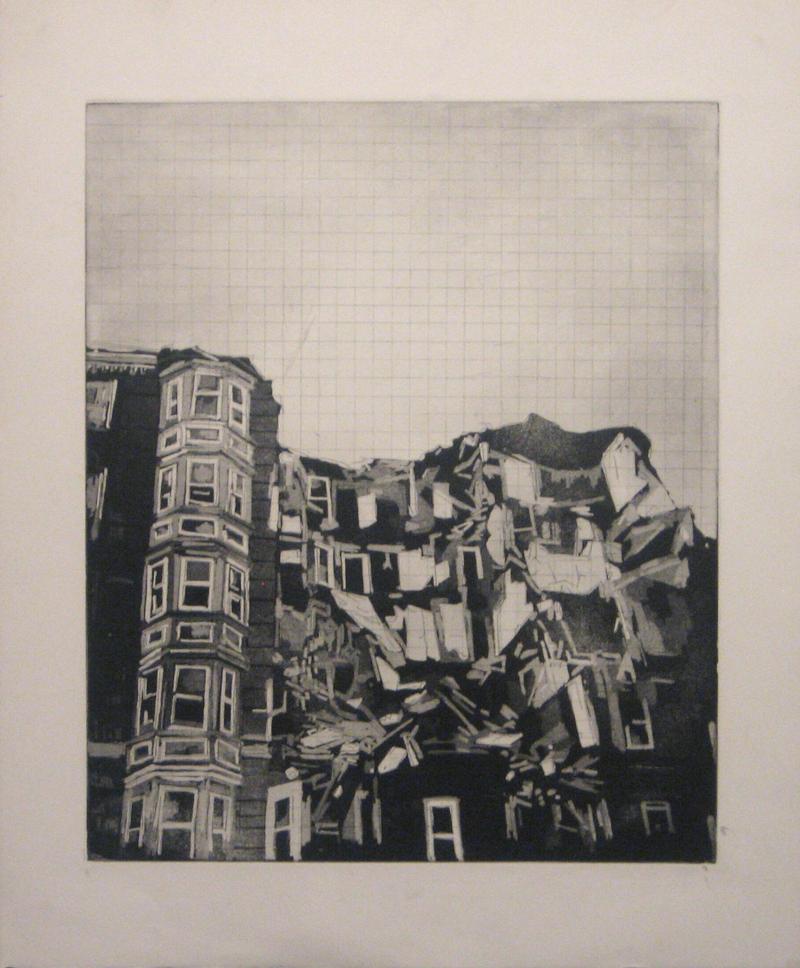