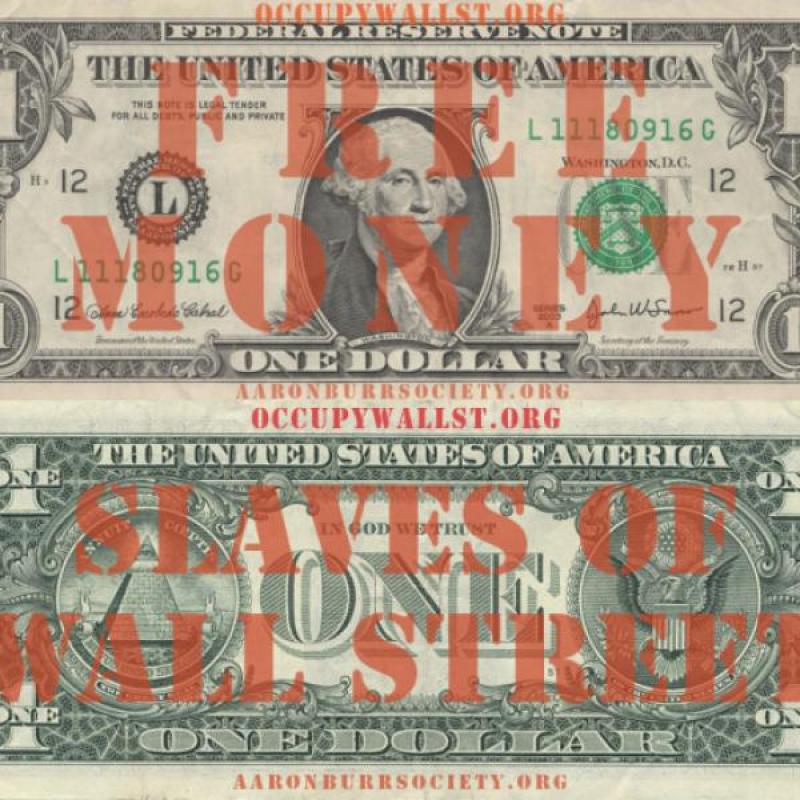 Guns & Butter radio broadcast from presentation to the Public Banking conference. Intro from Strike Debt closing statement. Full Strike Debt presentation starts at 28 minutes and ends at 44 minutes.Since 2008 the Aaron Burr Society has been dedicated to exposing the myths of Free Markets and Free Trade while challenging the integrity of Wall Street and their corporate cronies. The 2008 international meltdown was caused by deregulation of government polices and fraud by Wall Street, the financial markets and the 1%.Today austerity and cuts in government programs and spending is as much as a fraud as the financial meltdown. [Google Matt Taibbi of Rolling Stone Magazine] We are living in the Golden Age of Corporate Profits, the stock market is at an all time high, there is between $20 and $30 trillion in off-shore bank accounts paying no taxes and not being invested bank into the economy. This is more than the Gross National Product GDP of American and Japan combined. Austerity is a lie. Traditional economic models are lies, the problem is political. It is only by changing the political economy that we can achieve balance and equality. It is only through the international political economy that we can save the environment and restore international human rights. It is only by moving to post-capitalism that we can break free from the tyranny of the blind worship of profits. I make ends meet by teaching art at Pratt Institute. This was a profession which I thought was honorable but since the turn of the century I have been in shock and awe by the amount of student debt. I have been working with OWS Student Movement and now Strike Debt to push back against a predatory economic system and broken democracy. I also have a partner who edits film and video. 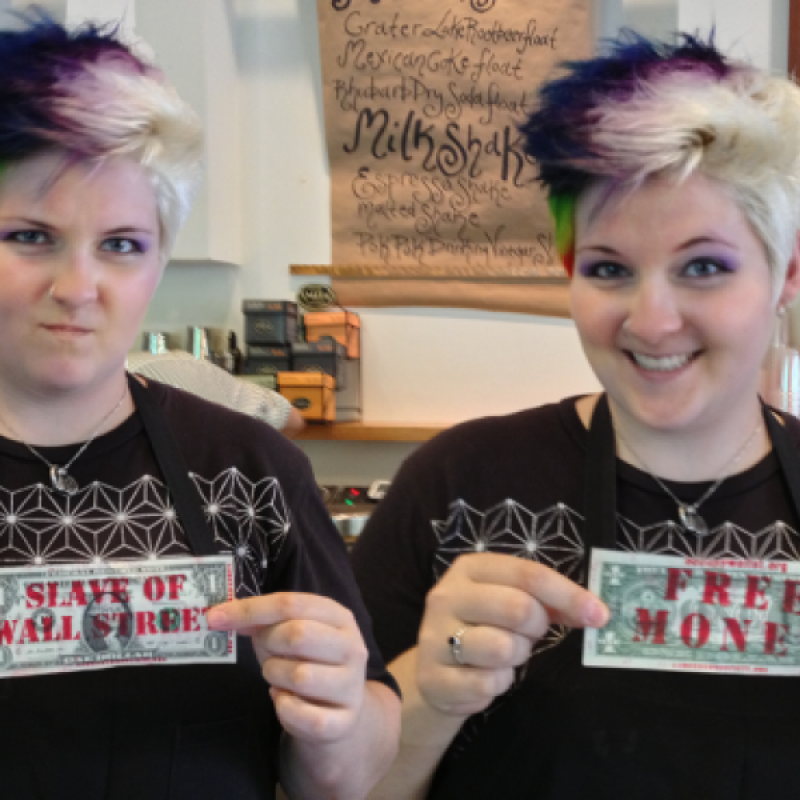 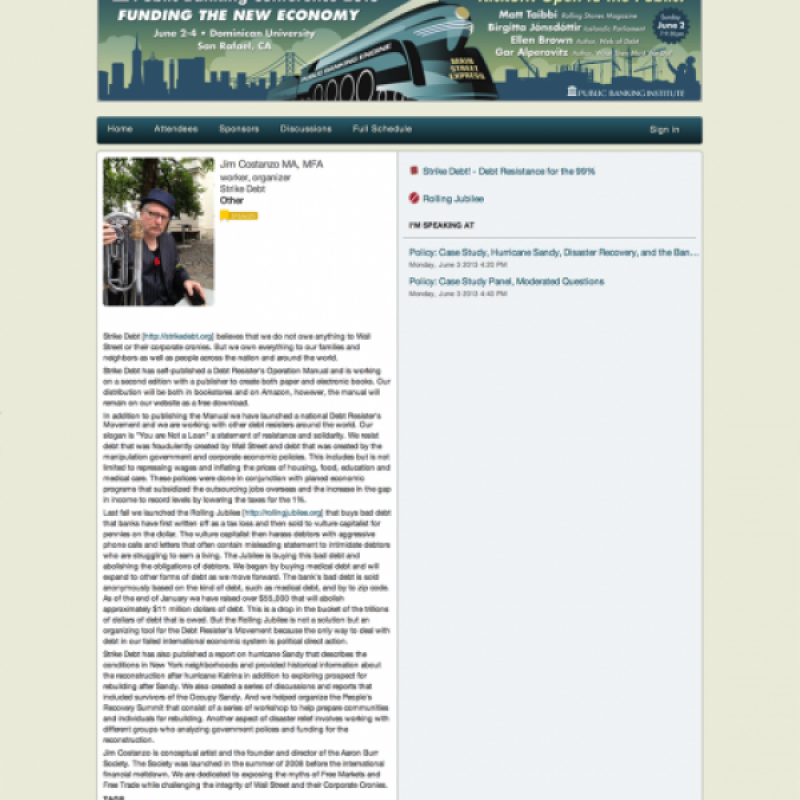